The Big Business of Testing Employees for Drug Use

With record low unemployment, a surging stock market and wages finally pointing upwards after years of stagnation the US economy is looking good these days. One (perhaps unintended) effect of the robust economy is that some companies have decided to look the other way when it comes to testing current and potential employees for marijuana. After all, with legalization sweeping the nation and good employees harder and harder to find in a tightening job market it just doesn’t make a lot of sense to turn workers away because they might have smoked a joint at a party over the weekend.

Table of Contents
So What’s the Problem?
Bottom Line Considerations
The Dark Side of the Head Shop
A Kind of Gateway
Let’s Not Forget
The Lack of Debate
Toward a More Just Society

So What’s the Problem?

But while some companies have indeed seen the light when it comes to testing for weed the operative word here is "some." Because these enlightened companies are still in the minority. The fact is the vast majority of companies are sticking to their policy of screening for pot and firing or disqualifying individuals who come back positive.

There are a lot of potential reasons for this. First, not every state has legalized cannabis for medical or recreational use, or both. As such companies that do business in states where pot is still illegal figure, it's only right to stick to the status quo until they have a reason to change. Second, a lot of business owners are not on board with the notion that marijuana use is basically harmless. They don't want people who are driving their expensive trucks or operating heavy machinery or interacting with customers to be buzzing. And while it's been proven, fears like that are largely baseless, they're at least understandable, to some degree.

The third reason most companies may be sticking with cannabis testing has to do with the bottom line: that is, the bottom lines of the companies that manufacture drug screening machines and conduct drug screening. Substance checking in the US is a more than $2 billion a year industry. That’s a lot of sample cups. It’s a high margin, high growth industry that has lined the pockets of a lot of company owners who don’t want anything to derail the gravy train.

These companies are constantly whispering in the ears of business owners that now is not the time to let their guard down. Their argument often uses the old "gateway" approach. That is, they suggest that if business owners let up on screening for weed, they'll start questioning the logic of checking for other things. Eventually, the wheels will come off the testing wagon and they'll wind up with a group of employees who look like refugees from the set of "The Walking Dead."

The Dark Side of the Head Shop

But it's not just employers and screening companies who are keen to continue checking people for marijuana use. There is an equal number of companies on the other side of the fence that also have a stake in seeing testing continue.

They are the companies that produce and sell items and kits that allegedly help individuals get around drug panels. They manufacture the artificial urine that is winding up in more and more sample cups worldwide. They manufacture the artificial penises guys use to deliver that fake pee when someone is in the room with them. They own the websites that sell products like these. And they own the head shops that do the same. Printing companies that print the boxes for these products, shippers and everyone else in the supply and delivery chain related to the get-around-your-drug-test business stand to lose if companies stop screening for weed.

A Kind of Gateway

While the number of companies no longer checking for weed is still small, it's likely to grow as long as the economy continues to churn along and demand for workers remains high. And the fact is that while it's unlikely a company's decision to stop screening for weed will have little effect on its desire to look for opiates or other drugs the decision to stop screening for weed does represent a kind of gateway. In this case, however, it's not a gateway to a world of munchy-crazed zombies, but rather a gateway to a more tolerant society. One that recognizes there is a difference between an employee stumbling into work still reeking of alcohol from the previous night's party and someone coming to work in fine shape after sharing a joint with their buds the night before. It's the kind of gateway that's worth passing through.

In addition to the benefits, companies are likely to enjoy if they stop trying to group recreational pot users with crack addicts there is also the case of the hundreds of thousands, perhaps millions of Americans who gain some therapeutic benefits from cannabis. People with epilepsy, glaucoma, cancer, chronic pain, Crohn's disease, arthritis and more all use cannabis to help them deal with the symptoms of their illness. Lumping these people in with heroin users and meth addicts is both grossly unfair and undermines the legitimate arguments (and there are some) that companies use to justify looking for truly dangerous substances. 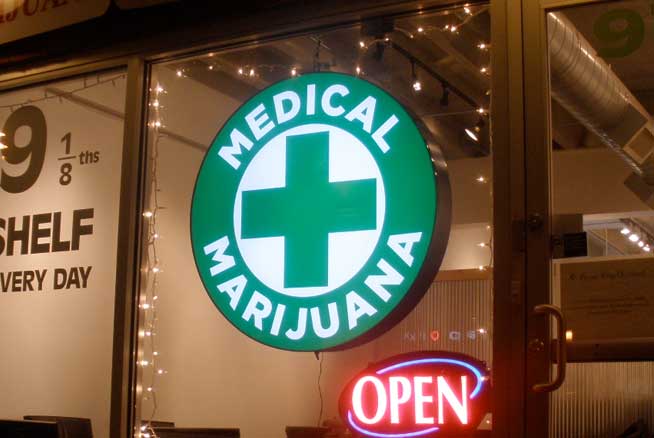 The Lack of Debate

The fact is there should have been some sort of public debate over what type of substances a company could and should screen for before the practice of looking for drugs was introduced. But there wasn't. Drug screening was simply imposed on the labor market without comment and has crept into every corner of the business world like sociological kudzu. As a result, a person who shares a doobie with his friends on Saturday night is now considered to be essentially the same as someone who is stealing products from the warehouse and selling them to finance his meth addiction. It's insane.

Toward a More Just Society

At the end of the day, workers and potential workers should be judged on their ability to do the job they're being hired to do.

And while no one is arguing that train conductors and airline pilots should not be checked for most drugs firing your cashier because he or she took a few hits off a bong over the weekend is no one's definition of reasonable or fair.