P-Sure Review:
Can it Get You Over the Hump?

Table of Contents
What is P-Sure Urine?
The Uric Acid Controversy
What are the Ingredients?
Does P Sure Have Uric Acid?
Does P Sure Actually Work?
How Much Does it Cost?
Where Can I Buy P-Sure?
Frequently Asked Questions
So, Should You Buy P-Sure?

Before we get into this P-Sure synthetic urine review, let's quickly talk about why you're here in the first place.

You're probably coming off a crazy weekend. You had an awesome time and you're all pumped up because of all the epic things that you did at your friend’s party.

You get up Monday morning still buzzing, head off to work, get to your desk then your whole world stops. It's an email that says that you need to go through a random drug screening at work. Holy &*($#! (Apologies for my french)

So yeah, we know what you're going through...

Drug testing has become pervasive and to many, intrusive. So much so that a lot of hardworking people who show up on time every day and do their job are being ostracized because of false positives or because they made one poor decision a week before a random test.

But while such things may be outrageous and unfair, they are nonetheless the way things are so you have to deal with it.

This is one of the main reasons why artificial pee brands like P-Sure urine have become mainstream.

But does it work? Let’s take a look and find out.

Quick Navigation
What is P-Sure Urine?
The Uric Acid Controversy
What are the Ingredients?
Does P Sure Have Uric Acid?
Does P Sure Actually Work?
How Much Does it Cost?
Where Can I Buy P-Sure?
So, Should You Buy P-Sure?

Products like P-Sure were born of the need to always have a ready supply of pee on hand to verify the accuracy of all those testing machines that are out there.

Before they are sold to customers there had to be some way they could be tested, but you couldn’t have your engineers and technicians peeing into cups all day.

Today, these products are sold all over the world and used by thousands of people every day to save their jobs from overzealous employers.

Human urine contains a number of chemicals that identify it as being both real and human. One of those chemicals is called uric acid. Uric acid is created by the body during the process of breaking down purines which are commonly found in many types of food and drink.

Anchovies, mackerel, peas, certain types of beans and beer all contain purines. When testing machines were first invented, they checked for urea; a different chemical found in pee but not necessarily a good indicator that the sample came from a human.

In recent years, the makers of testing machines tweaked them to check for uric acid since it is considered a more reliable indicator that the sample came from a human (apparently cows and dogs don’t drink beer and eat anchovies).

This modification has created a lot of controversy over which is more important. The bottom line is that if you want to have the best shot at passing your test, you will do well to use a solution that includes both chemicals (you can find the other ones here), which is not the case with P-Sure.

What are the Ingredients?

Most fake pee solutions tend to contain pretty much the same ingredients. If they didn't, they wouldn't pass for real human piss.

So the ingredients you'll find in P-Sure are pretty much those you’ll find in just about every other brand. Except that P-Sure doesn’t contain urea.

There are P-Sure reviews out there that will say the product is no good because of this and as we said above there may be something to that.

However, with so many machines focused on uric acid, the fact that P-Sure doesn’t include urea may not be that big of a deal. May not.

Does P Sure Have Uric Acid?

Yes, P Sure contains uric acid in the right concentration to pass as a human source.

Most test facilities these days don’t just check for the presence, but also the exact concentration of uric acid.

While this can be very different from person to person, there are certain ranges that are considered natural, so it’s important to be in those ranges.

Does P Sure Actually Work?

This is a tough one to quantify because on the one hand "yes" it works, but on the other hand, it might not work as well as it could.

As much as we appreciate that P-Sure urine (sometimes called “Pee Sure" by bloggers and such) contains uric acid and as much as there are some folks who will swear by its effectiveness in the clutch, we still can't give it a genuine recommendation simply because there are other artificial brands out there.

For example, our favorite Quick Fix which has a higher pass rates probably because it contains both uric acid and urea. 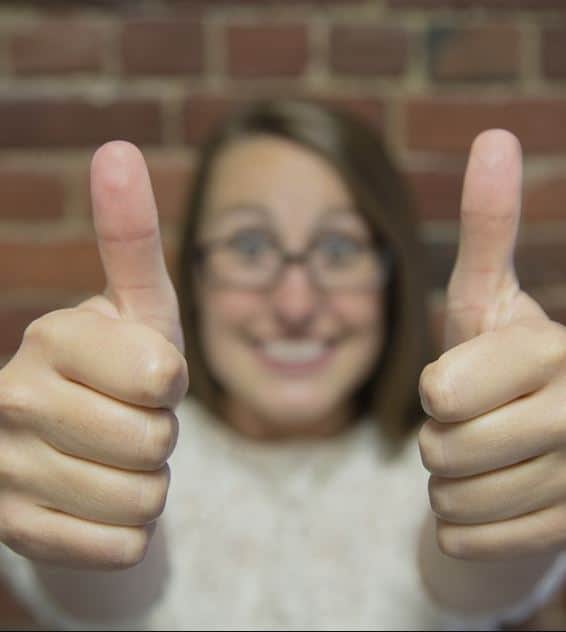 So, while you stand a pretty good chance of beating your urinalysis using P-Sure (meaning it often does work) if it were us taking the test we’d opt for Quick Fix just because when it comes to your livelihood you’re better off safe than sorry. 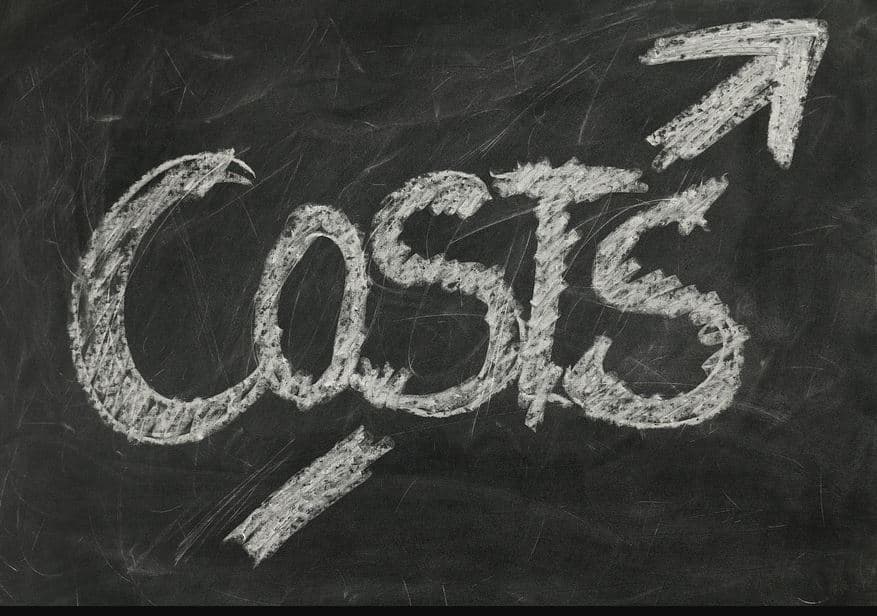 If you still want to give P-Sure a try, then you might want to know how much it costs.

To us, this question is kind of pointless because really. Are you going to risk losing your job because you don't want to cough up 30 bucks or whatever for some product? Really?

Again, if it were us, we'd shell out however much it took to get past the damn test and maybe work some OT afterward to get that money back. But that's just us.

Most of the online outlets you'll find selling P-Sure are asking $29.95 with some asking a few dollars more.

Remember though that you might also get hit with taxes, and you'll definitely have to pay for shipping (though admittedly that won't be much).

Just be careful about who you buy the product from because not all the sites selling it have that air of secure electronic transactions about them, and you don't want to be giving away sensitive personal information to just anyone.

Where Can I Buy P-Sure?

We found P-Sure for sale on a bunch of questionable websites.

However, we wouldn’t want to give our email address, never mind our credit card information to these sites.

Whether a product like this winds up being sold or not, it is not necessarily the fault of the product manufacturer.

However, it does speak in some indirect way to the level of trustworthiness surrounding the product in general.

This is just one more reason we’d advise taking a pass on P-Sure and opting for Quick Fix instead. It’s generally available through more trustworthy websites.

You can also buy it through this direct link to ﻿an approved reseller. 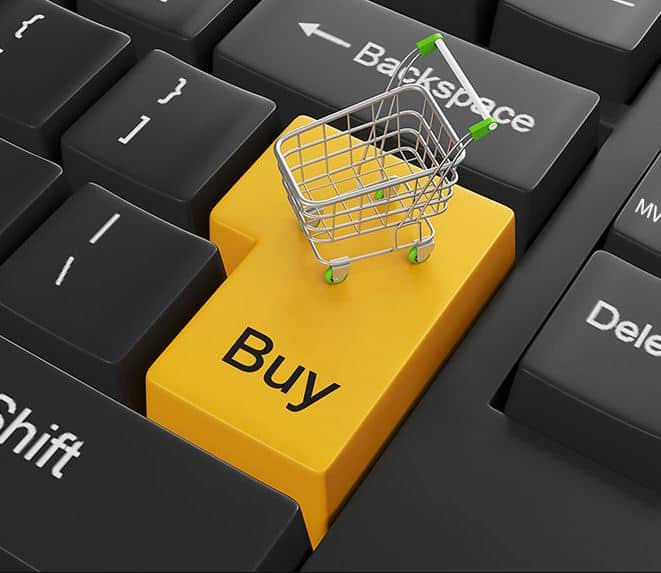 Is there a temperature strip in P-Sure's package?

Yes, there is a temperature strip in P-Sure's package, and it’s directly attached to the sample bottle. You will need to be able to quickly read the piece before you head for your urine test to make sure it’s still at the right range.

Is P-Sure reusable after opening?

Yes, P-Sure is reusable after opening, but you have to be careful after reheating it too many times. Also, make sure it is stored in a cool place as the water in the sample can quickly evaporate, leaving you at risk of failing a test.

Is P-Sure only available online?

Yes, P-Sure is only available online directly from the company that makes it. I have seen it on some other online stores, and there have also been reports of some novelty stores selling it as well, but I would be careful to avoid buying a counterfeit product.

Can P-Sure be stored in a cool place?

Yes, P-Sure can be stored in a cool place, and it’s the best way to save it if you’re not going to be using it right away. Keeping it in your refrigerator will limit the risk of water evaporation.

Yes, P-Sure smells bad, and it is the same as real human piss. This comes down to the main ingredients, which are uric acid and urea, and if the smell weren’t bad, then it would be a good indication that it would fail a test.

No, P-Sure cannot withstand scorching temperatures because this can change the chemical concentration of the sample. Also, by heating it very high, you’ll run the risk of being flagged of having a fake sample at the test facility.

So, Should You Buy P-Sure?

Regardless of what some P-Sure reviews might say, we would argue that you're better off with a product like Quick Fix that contains both urea and uric acid and has a higher proven pass rate.

Since they're about the same price, there's no reason not to.

And, if you want to learn more about Quick Fix, you can read our very detailed review of it here.

But if you are ready to pass that dreaded exam, you can just go and click the button below.