If you’ve ever faced an unexpected urine test, whether due to a change in policy at work, or just as a pre-employment screening to get an official job offer, you’ll understand how worrying that can be.

The annoying thing is that drug tests often flag completely legal drugs, especially in light of changes in marijuana laws across the country.

One of the more popular ways to try and pass a drug test is by using a fake urine called Gotcha, which had some very good results for many people.

But in recent years, there have been increasing reports of this artificial urine not working as well as it had, so we did some research to find out what was going on.

What is Gotcha Belt? 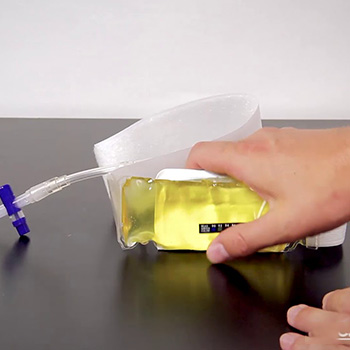 Gotcha, like most other fake urine products, is advertised as a novelty party trick or fetish gadget, although that is mainly done to avoid raising too much suspicion. Even though recent legal changes in many states have banned these types of products, they are still widely available for purchase.

Unlike many other options out there, Gotcha doesn’t just deliver a urine sample, but it also provides a urine belt for transport to the drug test submission. Basically, you get fake urine and a method to safely deliver the sample at a local lab test facility.

The artificial urine is stored in a small pouch that holds 3.5 ounces. The pouch itself is safely attached to an elasticated belt, which doesn’t just make it easy to hide, but also makes it a lot easier to access.

There is a small tube with a valve that allows you to empty out the pouch into the cup you have to hand over. As long as you’re not subject to a fully screened test, where someone is close enough to hold your hand, this is going to be a good option to conceal what you’re up to.

The included sample looks and smells like real urine, but does it actually work to fool a lab test?

How does Gotcha Belt work? 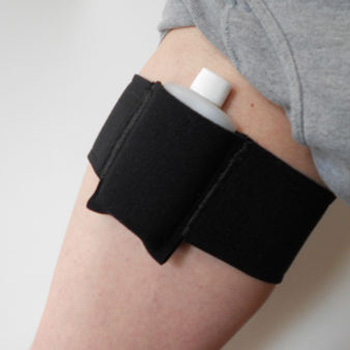 The fake urine belt is actually very easy to use. However, I would suggest that you try it out at home and follow the instructions carefully. The makers have aimed to create a chemical balance of substances that make it appear and measure like real urine in lab tests.

The first step involves heating it up to the same temperature as your body (94 to 100 Fahrenheit), using the included hand warmer. This is important as the testing process includes a temperature check.

By submitting a sample that contains uric acid and urea, as well as having the same look and smell as real piss, it supposedly works well to pass a piss test. I’ll get into the effectiveness shortly.

In order to mimic real urine, Gotcha contains uric acid and urea. These are the main chemicals you would find in real human piss, and without them, you wouldn’t stand a chance to pass a lab test.

However, these days, drug screening equipment has become a lot more sensitive, and unless the balance of urea and uric acid is within a very precise range, it will be flagged as suspicious.

Before you get to that stage, you’ll have to figure out how to deliver it unnoticed.

How To Hide Gotcha Belt For A Urine Test?

The last thing you want to do is have some bulky bottle with fake urine in your pocket that could be easily noticed. Some of the regular bottles that fake pee comes in also have difficult to undo caps, so you could end up struggling to open it.

This is especially problematic in a partially supervised urine test.

However, that’s where the Gotcha belt comes in handy. You secure it around your waist after heating up the sample. Then, simply wear your normal clothes to cover the belt and fake pee pouch. Even if you’re wearing tight-fitting clothes, it will not be noticeable.

How much does the Gotcha Belt cost?

Gotcha Belt fake urine usually costs around $40 for the full kit. That includes the belt, pouch, valve, fake pee sample with temperature strip, and a hand warmer. It’s probably on the high end of the market, but it does include the belt, which is a bonus.

Can I buy Gotcha Belt in stores?

Yes, you can buy Gotcha Belt in stores, but it’s generally better to get these types of products from the business's website. You have to watch out for counterfeit products that could give you a high chance of failing.

Yes, Gotcha Belt will expire, and each package contains a use-by date. This is applicable to the contained piss test sample, but the belt itself can be used many times again.

Can a lab detect Gotcha Belt?

Yes, a lab with the latest technology can detect Gotcha Belt, and there are increasing reports that it no longer works reliably. This may be down to the chemical balance not being strictly controlled.

How long do you have to leave the heating pad on the Gotcha Belt?

You have to leave the heating pad on the Gotcha Belt for about 5 minutes while carefully watching the temperature strip. Don’t let it heat up too high as that would be a clear sign that it’s no real human piss.

What temp should Gotcha Belt be?

Gotcha Belt should be heated to between 94 and 100 degrees Fahrenheit, as this is the same range as human body temperature. Anything above or below will be flagged as suspicious, and you will need to go for a retest.

Can Gotcha Belt be reused?

Yes, Gotcha Belt can be reused if you don’t need the full sample. However, it’s important to place it in a cool and dark place to avoid any of the liquid evaporating. This could lead to the wrong chemical balance and no chance of a passed test. 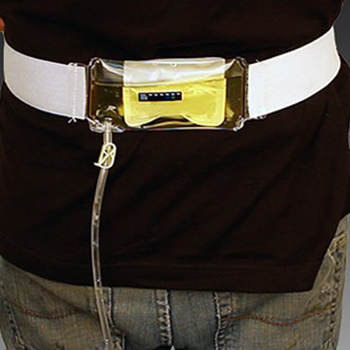 From all the research I’ve done, I have to say that this is not the best synthetic urine available.

There are too many reports in the last 2 years where people have been asked to go for a second test, and some news reports have highlighted an increase in more fake pee being detected.

If you want to avoid becoming the central figure in one of those news items, especially in a state where fake piss is illegal to sell or own, then I strongly suggest you try Quick Fix.

The reliability and reported results for Quick Fix have just put it miles ahead of any competition.

If you really want to avoid detox before an upcoming drug test, then all that Quick Fix 6.2 is really useful for, is the belt it provides. There are too many reports of failed tests, and a lot of them have not been due to errors in the heating and submission process.

Quick Fix is a much more reliable and safe way, and reports are indicating that Quick Fix could have a success rate above 99.9% on the latest test results. Check out our detailed review to see what it’s all about.