Gator Wizz Review
Can You Pass With This?

Table of Contents
What Exactly is Gator Wizz?
What’s in the Gator Wizz Pee Kit?
Will it Produce a Clean Result?
How Much Does Gator Wizz Cost?
Where Can I Buy It?
Frequently Asked Questions
Conclusion

​
There was a time not too long ago when the only people that were tested for drugs were airline pilots and train conductors.

Today, however, drug testing has become so pervasive that even data entry clerks and the person that works the airline ticket counter are subjected to regular drug tests.

You yourself are likely here reading a review of a product called “Gator Wizz” because you need to pass a drug test or you’ll lose your job.

It’s just not fair. But it is what it is.
Gator Wizz fake pee is one of many brands of fake pee that promise they can help you clear the hurdle of that drug test.

But can they? Read on and find out.

What Exactly is Gator Wizz?

The Gator Wizz fake pee kit comes to you from the folks at Dr. Greens.

Dr. Greens has been around a while and is best known for their detox drinks and detox mouthwash, their detox shampoo, and a home test kit that’s received some market traction.

A few years ago, they decided to throw their hat into the premixed pee ring. 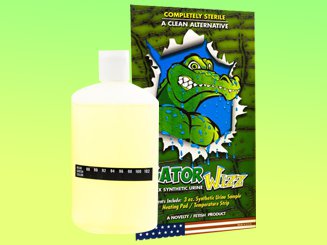 Their product was called 420 P Clean; and when it hit the market, it immediately attracted the attention of a company called Spectrum Labs who accused Dr. Greens of stealing their proprietary premixed fake pee recipe.

After an extended legal battle, Dr. Greens was cleared, and they went back to the business of selling their 420 P Clean.

Along the way, however, (perhaps to prepare in case they were told to stop selling 420 P), they introduced Gator Wizz.

In many respects, it's identical to ​other brands.

All that's really different is the packaging. And, the fact that details about Gator Wizz fake pee are kept pretty close to the vest by the company.

They market this as a novelty fetish product -- but it's a pretty safe bet that those in the golden shower fetish community aren’t relying on premixed fake pee to get their jollies. 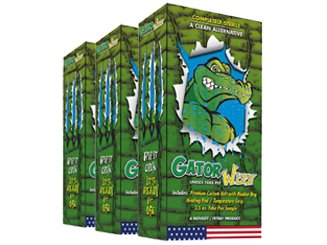 Because the FDA doesn’t regulate fetish products (which is what they consider synthetic urine), it's impossible to tell exactly what is in this premixed product.

The best we can do is hope the makers of such products disclose some basic facts: like whether their phony urine exhibits the specific gravity of real human pee, and whether it contains uric acid, creatinine, or urea. And whether or not it is pH balanced like real pee.

Most reputable brands disclose this information.

For some reason, however, this brand does not.

But beyond their disclosure phobia, their fake pee kit includes a bag that holds the phony pee, a heat pad, and a belt onto which the bag mounts.

This is supposed to allow you to discreetly get the urine into the facility so you can do your business and go home.

Will it Produce a Clean Result?

That’s the only question that really matters.

And the answer is, sometimes.

That’s best we can come up with because there just aren’t a lot of reviews from real live humans who have used this brand of fake pee.

Of the reviews out there, some say it saved the day. Others say it let them down. 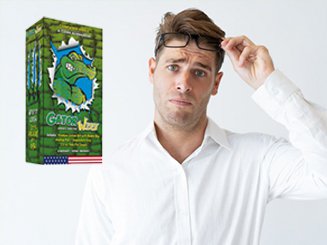 There’s no real consensus one way or the other -- and that’s not what you want when you’re facing a drug test that could upend your career and potentially send you home unemployed.

This mixed feedback only serves to reinforce our doubts about the efficacy of Gator Wizz fake pee.

Certainly, all the signs seem to be there that would point to a successful outcome.

The belt seems fairly well made, the pee pouch seems good enough, and the heat pad is a simple, straightforward item.

So why are customers failing?

Our guess would be that it has to do with chemistry. As in, this fake pee must be lacking in some fundamental way.

Now, it could be we’re wrong about that but what else would explain the tiny number of reviews available and the even smaller number of positive reviews?

We’re of the opinion that drug tests and uncertainty don’t mix.

So if it were our test, we'd take a pass and go right for the Monkey Whizz.

It's a whole different animal (so to speak).

It has a lot of positive buzz, is transparent about what's inside and even costs less than Gator Wizz fake pee.

How Much Does Gator Wizz Cost? 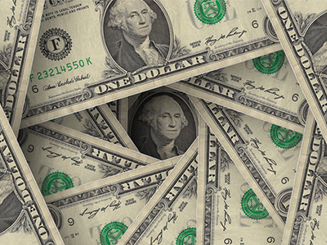 Normally, when a product costs more than its competitors, it's because it offers something those competitors don't.

In this case, however, the Gator Wizz fake pee kit, at $50, is more than most competitors but we can’t really see why. (Someone suggested it could be they’re trying to recoup legal fees they incurred defending their 420 P Clean against the Quick Fix lawsuit.)

Monkey Whizz is nearly 5 bucks less, has a reliable record, and won’t leave you wondering if you just submitted a bunch of old lemonade masquerading as urine.

Where Can I Buy It?

The Gator Wizz fake pee kit can be had at drgreens.com.

But why would you bother?

There are other products out there that have a longer, better track record, that haven’t been

dragged into court for allegedly stealing other people’s formulas, and which cost less than Gator Whizz.

You need reliable product for an upcoming appointment? Get some Monkey Whizz.

Can you refrigerate Gator Wizz?

Yes, you can refrigerate Gator Wizz, and it’s the best way to store it if you don't plan to use the full amount in one go. Once the bottle has been opened, some of the water can evaporate, which is something you want to avoid.

Can you reuse Gator Wizz a few times?

Yes, you can reuse Gator Wizz a few times, but you have to be careful about heating it too often. If you don’t use the full sample at the first test, then store it in a cool place. Otherwise, some of the liquid can vaporize, which will increase the concentration.

Will you find Gator Wizz in stores?

No, you won’t find Gator Wizz in stores, and the company only sells it through a few reputable online stores. Avoid buying it on eBay or some dodgy-looking sites as you could end up with a product that isn’t the real deal.

Is there a temperature strip in the Gator Wizz package?

Yes, there is a temperature strip in the Gator Wizz package, and you will find it attached to the side of the bottle. It’s easy to read, but you should try doing so before the test submission to make sure you know how to read it.

What items will you find in the Gator Wizz package?

The items you will find in the Gator Wizz package are a bottle with 3 ounces of synthetic pee, a heating pad, and a temperature reading strip that is stuck to the side of the container. Along with easy to follow instructions, you’ll have everything you need to be fully prepared.

Does Gator Wizz have an awful smell?

Yes, Gator Wizz has an awful smell, but it’s not any worse than the real pee smell you are used to. This is a good thing as it indicates that the mix of urea and uric acid is at the right level to be able to pass as real piss in the lab.

What is the ideal temperature for Gator Wizz?

The ideal temperature for Gator Wizz is between 94 and 102 degrees Fahrenheit as this resembles the average range for human body temperature. If your sample is outside this range, then it will most likely result in a failed test.

So , bottom line, can we recommend Gator Wizz fake pee?

“Sad” because we wish that every product out there was able to help people transcend the scourge of out of control drug testing.

But, not every type of phony pee is created equal. It’s as simple as that.

So, our recommendation would be to invest your money in Monkey Whizz brand fake pee and rest easy tonight. 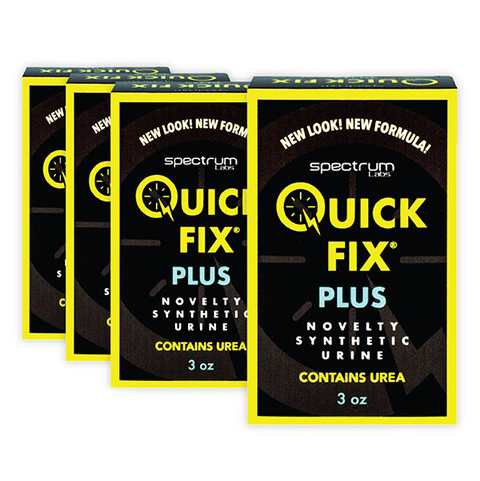