Getting Caught Using Synthetic Urine – What Are the Implications?

This is a question that I see asked almost on a weekly basis in various forums and chat groups. And it’s a question where there is still a lot of confusion today especially since many states have made fake pee illegal.

While there are no federal laws that cover the sale of synthetic urine, this only complicates the matter. Basically, there is nothing stopping you from driving to another state or buying it online.

So, I’ve done some research to see what different states have actually done and what the consequences of getting caught might be. 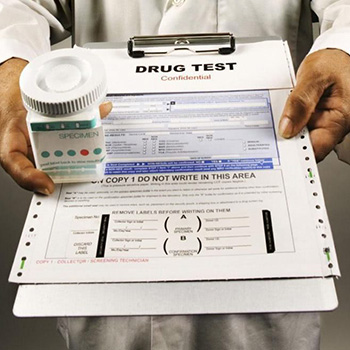 To answer this, you have to take a look at why drug testing programs were introduced in the first place. Most people believe that they are rooted in health and safety at the workplace, and that certainly would be a valid reason.

If you have staff operating heavy machinery, then introducing drug and alcohol testing seems sensible. And if testing only checked for actual drug and alcohol use on the job, then very few people would actually object.

However, drug testing programs were introduced in the 80s when the “war on drugs” really started to take off. The goal was to eradicate recreational drug use, no matter what the substance was.

Fast forward to the present time and you’ll find employers all over the country requesting regular urine testing, which would only detect drug use outside of working hours when it really should be no business of an employer what you’re up to.

Even if you occasionally smoke marijuana, and it has been legalized for medical or recreational use, your drug test results would come back as failed.

Now, even if you imagine that someone was having difficulty with substance abuse but is still keeping up with job requirements. How would disciplinary action, including the loss of employment, actually help that person.

As a result of all these urine tests, fake urine products have become increasingly popular as the best alternative to pass a urine drug test. But what would actually happen if you got caught trying to cheat drug tests?

To highlight the different possible situations you could find yourself in, I’ve divided this part into 4 sections. The consequences can be vastly different, from a lost job offer to actually going to jail.

Many employers these days will request that you submit a urine sample at a local lab before they will make any formal offer. Generally, this is done under the idea that drug users are less productive or that they have a drug-free workplace policy.

If you test positive, it’s unlikely you’ll get a formal offer, although sometimes you may be given a chance for a second test. However, if a fake sample is detected, you can be almost guaranteed that you’ll need to look for work elsewhere.

If you have been released from jail or parole, or you’re serving a probation period ordered by a court, then drug test cheating will likely have very serious consequences. If anything suspicious is detected during the collection and testing process, then that will result in legal proceedings.

These days that will likely mean you’re going back to jail and parole violation data suggests that drug use is one of the most common violations. This could be further complicated with additional charges if you submit fake pee in a state where it has been banned.

Military personnel are regularly subjected to urine testing, with the main substances tested for being marijuana, cocaine, and amphetamines. Tests have been a regular part of being a member of the military since the Vietnam war, and these days, testing takes place on a very regular basis.

Ironically, but not surprisingly, military veterans as a group are among the most likely people to use drugs as a result of injury or PTSD.

The obvious idea here would be that you don’t want someone driving a public transport vehicle while under the influence. But that’s not what urine testing is designed to do. These tests usually take place outside of regular office hours and are most likely to pick up recreational and off-duty drug use.

A failed test will likely need to be followed up by a second test and medical check, but a fake product detection will be looked at in a more serious way. Suspension and termination of employment can result, making this a considerable risk.

Let’s start with a list of states that in the past few years have introduced a ban on fake urine products. 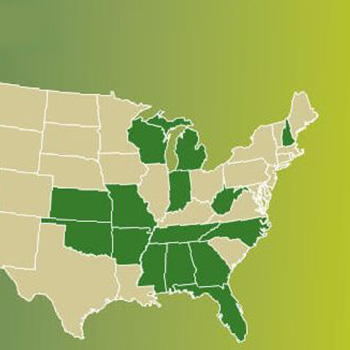 But what does this ban actually cover and what kind of legal repercussions could follow if you tested positive for a fake sample?

Unfortunately, the answers to those questions are still a little unclear.

First, by looking at the laws that have been put in place, the bans are mainly on the sale of fake piss, no matter what the marketing intention is. Fetish or party trick, it’s simply not allowed.

In the absence of any federal laws, though, it’s almost impossible for law enforcement to stop people from buying synthetic piss online or by crossing over into another state. What would happen as a result of submitting such a product is a little less clear.

South Carolina is the only state that has brought any legal action under these bans, and this has only happened twice.

This means that either fake pee detection rates are practically zero, or that test labs don’t forward on results to local prosecutors offices.

Whether this will remain the case is unknown, and it will heavily depend on the resources and willingness to enforce these laws.

Things to Do When Caught Using Synthetic Urine

There are a few things you need to take into account if you ever receive a fake result.

Whether you’re informed at the lab or receive a letter in the post, the first thing you need to do is contact a lawyer. This is especially the case if you live in a state where fake urine has been banned.

Different states have different legislation, but in all cases, there is a contestable period. This allows you to explain the result and request a retest, without any immediate disciplinary or legal action taking place.

However, this is not a process you’d want to tackle without the necessary legal advice.

2 - Don’t Agree To An Immediate Retest

Some test facilities will request that you sign forms and agree to a second test immediately or even one of the new types of testing methods like hair and oral fluid. In most cases, you cannot be forced to resubmit immediately, and you shouldn’t sign anything without a lawyer looking at it first.

The chances are that you will need to go for a retest, and this could involve oral fluid testing, which you won’t be able to fake. There may be enough time before the next test in order to detox your body and actually provide a legitimate clean sample.

However, don’t think that simply drinking a load of water the day before a test to flush out your system will work. It takes a lot more than a bit of water to get rid of any residual evidence of drugs. Or you can try ​detox pills for the sake of it.

Is There An Alternative to Synthetic Urine?

Urine testing machinery these days has become increasingly sensitive, not only when it comes to being able to detect drugs, but also to identify the wrong chemical balance. Unless testing starts to check for DNA, fake pee like Quick Fix will continue to work.

The only alternatives are to either submit a clean human sample or to detox for a few weeks to get rid of any residual drugs.

At this stage, you should understand that dependent on the reason for the urine test, and whether you live in a state where a fake piss ban has been put in place, the consequences can be severe.

If you still want to go with the fake pee option, then it’s vital that you choose a product that is reliable.

Our recommended option is Quick Fix, and I suggest you check out the detailed review to see how suitable it is for different test situations.